While The Intuitive Child Oracle Cards are being released very soon, I've been thinking about the actual process and journey that has taken place to help get us to where we are right now.

I could say that these oracle cards are a lifelong dream of mine.

For starters, growing up as a sensitive and intuitive child meant that I experienced things beyond my regular senses that needed answers. I grew up in the time and space where I grew up without access to these until I was 20. I believe the purpose of growing up in that context was to provide fuel and substance for my inspiration.

My childhood was quite fun and engaging, however there was an extremely quiet, sensitive and introspective side of me that was always feeling misunderstood by both myself and others. For instance some of these experiences included feeling others' emotions, knowing things before they were going to happen, dreaming vividly and imaginatively, playing with 'invisible' friends, seeing auras and understanding the integrity of different people, places and situations, which impacted on whether I engaged with others or simply withdrew.

It was quite common for these things to have me labelled as a shy, strange, unsociable or weird person. During my early years as a primary school teacher, i recognised children who gravitated to me and displayed similar behaviour traits to my own. Some of these children also spoke to trees, angels and faeries, described extremely vivid and colourful dreams and so on, and these were also kids whom others thought of as strange, unorthodox and 'out there'.

Finding these similarities led me to seek answers to my questions and I wanted to help these children.

As I asked more questions and was led to more reading and more discovery, I found more inner peace in piecing myself together. There were many signs from my angels and special friends at the same time too. They spoke to me louder and more regularly as I became more open to communicating with them as an adult.

Once I said "YES I accept myself and I accept my mission to help these children" there were many milestones which then which added to this journey of the Intuitive Child Oracle Cards;

1. In 2009, The first of many powerful messages from them happened at the library. As I was walking past a bookshelf, a book called "You Are Clairvoyant" fell off the bookshelf and landed at my feet. I studied this book cover to cover and when I met the book's author, I felt a positive connection with her and I learnt to be a Clairvoyant Healer and Teacher from her between 2010-2011.

2. During my Clairvoyant Healing training in 2010, I met my friend Bernadette, who is an incredible healer. She would then later go on to learn to play the harp, for healing purposes. Bernadette's enchanting harp music is featured in the audio tracks of the online content for these cards.

3. At the beginning of 2011, I facilitated a spiritual circle at a friend's house. It was here where I met my friend Ryan, who would later on be the person responsible for helping me to record the audio for the booklet entries and the guided meditations and engineer the sound.

3. During my Angel Therapy training with Doreen Virtue in Hawaii in 2011, I met my future wife and soul mate. Following that experience, I moved to Okinawa, Japan to live with her for a while. It was here where I chose 44 different ideas and themes and wrote the content to The Intuitive Child Oracle Cards. After writing these, I parked these ideas aside and concentrated on my new life in Japan.

4. While I was living in Okinawa in 2012, I was working as an English teacher and an educational technology integrator, which is basically someone who plans, implements and evaluates different technologies for the purpose of teaching and learning. In my school, I was involved in using iPads and web based technologies for teaching and learning. It was during this job that I learnt about QR codes. I developed a student activity involving a QR code-based scavenger hunt through a well-known shopping district in Okinawa during a region-wide technology conference.

5. I moved back to Sydney in 2013 and facilitated group meditations. I had a very keen small group of participants who really enjoyed the meditations that i was offering. It was thanks to these regular sessions, where I discovered my ability to channel guided meditations for a range of different purposes. I began to think about my oracle card ideas sitting on my computer around this time too. I felt like there was a missing element or missing dimension to these cards. In my spare time, I began to write some meditations to the oracle cards' ideas.

6. After writing these meditations, I began wondering about artworks. I did not know where to start. One day, my friend Lucy invited me along to attend a live-painting and gallery being hosted by Izzy Ivy. When i first saw Izzy's artworks, I was blown away by the incredible colours, layers and depth of perspective, vision and meaning in her artworks. I took her business card on the day and when I learnt that Izzy painted artworks for other people, I felt really guided to contacting her. After sending her a summary of my ideas, she agreed and thus our partnership was formed.

7. Originally with these cards, we were seeking a publisher. Their submission guidelines asked for 5 artworks originally and after sending 5 initial artworks and messages to them, they asked to see the completed set for further consideration. This gave me the idea that we were on the right track and it was a way of telling me to be more serious about this project and make a commitment to it.

8. After completing all of the artworks at the end of 2016, Izzy and I submitted to the publisher again, however they had changed their mind. We were left with 44 artworks and messages without a home and then I discovered a deck of my friend's self-printed oracle cards. After discussing it together, Izzy and I made the decision to self-print and each step of the process went smoothly. Within weeks we had gone from seeing our work as files on the computer transformed into physical manifestations into the very cards that you see today.

Thank you everyone for being a part of this magical and special journey. 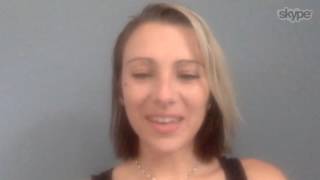 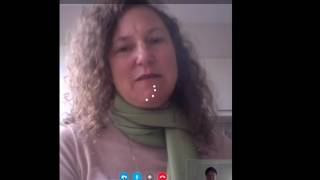